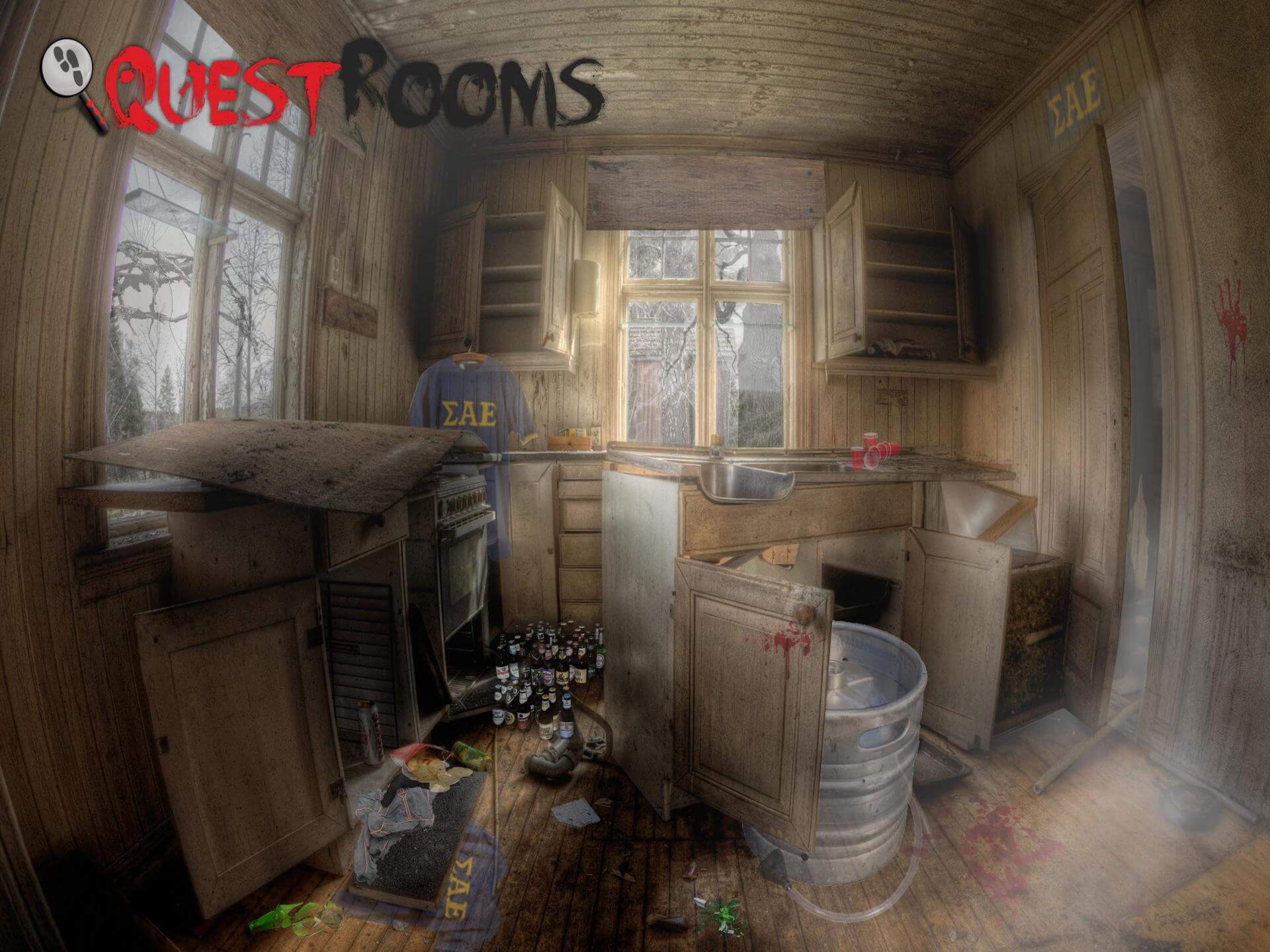 Death in the brotherhood

Death in the Brotherhood

Who hasn’t watched such classic films as ‘ American Pie’, ‘ Van Wilder’ or ‘Revenge of the Nerds’? We’ve always imagined ourselves as participants of such a wild party. Although for many of us the Polish reality has erased this image. This time, though, was different- you were with your crew at such a fraternity party, you exprienced it together. The party went ahead as planned – all night excesses, drinks, girls, challenges – exactely as you’d imagined it.

Now, the following day, it’s 2p.m, you’re staring to get up, although it’s not easy after such a crazy night. None of you remember how the party finished, all you have are some blurry memories of the previous night. You try to piece together what went down last night. After a while, however, it turns out that one of you, Patrick, is missing! And in the room you’re starting to notice some weird, ominous signs. Will you manage to find your missing friend before it’s too late?